The contemporary art galleries on the Avenue present strong lineup of exhibitions alongside new openings and strong performing arts calendar for September.

Alserkal Avenue has announced a rich programme of exhibitions and events to open the art season this September. The contemporary art galleries in the Avenue will show work from a strong selection of artists from across the MENASA region.

September, when the contemporary art galleries in the Avenue will extend their

hours, staying open until 9pm. Guided tours of the exhibitions will depart from

outside Nadi Al Quoz at 7pm and 8pm.

jobs – Automation, Artificial Intelligence, and the Workplace’ at 7.30pm in

founded in Damascus, Syria in 2003 by Alaa Krimed. On 27 September, during Alserkal Lates, Sima Performing Arts will hold free, open sessions where the public can join contemporary dance classes or watch the Sima Dance Company 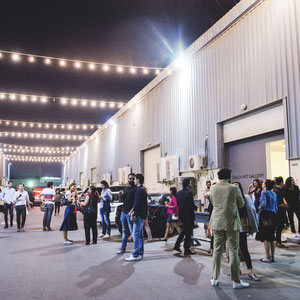 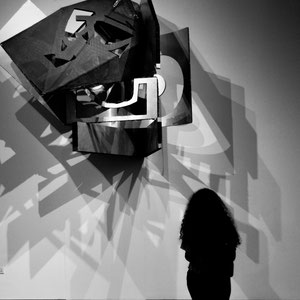 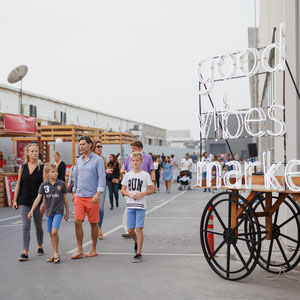 Alserkal Programming, the not-for-profit initiative from Alserkal Avenue, continues its community programming, with Literaturhaus at Nadi continuing throughout September with a strong line-up of authors, and poets including Mai Khaled reading from her novel The Magic of Turquoise on 9 September, a poetry reading by Zeina Hashem Beck on 13 September and Philip Kennedy discussing the first Arabic novella on 16 September. Later in the month, Aidan Walker discuss his book, The Ecology of the Soul, on 25 September, long-term UAE residents Dr. Frauke Heard-Bey and David Heard will hold a talk on 28 September, and finally Tom Fletcher will discuss Naked Diplomacy: Power and Statecraft in the Digital Age on 30.

September to bring the summer programme to a close. The Bookshop by Motivate Publishing in Nadi Al Quoz stocks a variety of books to support the programme, including those from participating authors.

Saturday Tours will take place twice this month, on 16 and 30 September. The public are invited to join a one-hour guided tour that will take them into some of the creative businesses and contemporary art spaces in the Avenue, giving them a chance to meet the people behind these concepts and view their current exhibitions.

Ramin Haerizadeh | To Be or Not To Be, That Is the Question. And Though, It

Group exhibition | Theatre of the Absurd

Group exhibition | Behind the Portrait

Collaboration: Art Jameel and The Metropolitan Museum of Art

Pouran Jinchi | THE LINE OF MARCH – 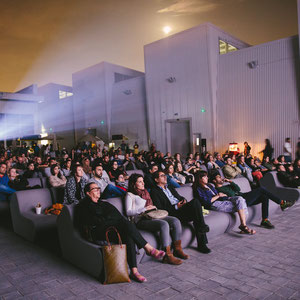 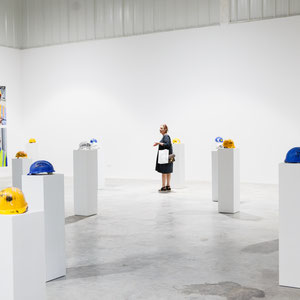 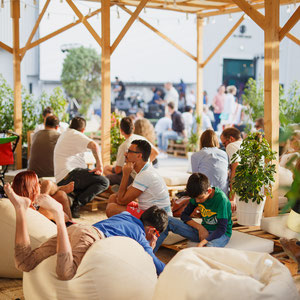 Located in Al Quoz, Dubai and established in 2007, Alserkal Avenue is the region’s foremost contemporary arts and culture district. Alserkal Avenue hosts sixteen galleries and over forty creative businesses, cultivating a vibrant community of visual and performing arts organisations, designers, and artisanal spaces that has become an essential platform for the development of the creative industries in the United Arab Emirates.

At the intersection of art, culture and commerce, Alserkal Avenue is more than just a neighbourhood, it is the driving force that brings the community of Dubai together to support and encourage a creative economy.